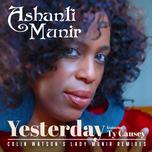 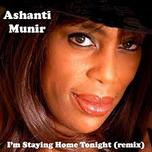 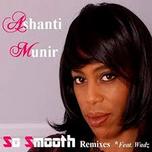 Click on the Picture to Purchase Ashanti Munir Music 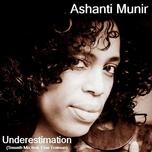 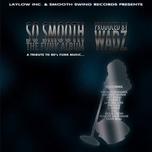 ​Ashanti Munir has released three CDs to date under the guidance of her production team, Felix Mwangi and Craig Alan Eleazer.  They are 2008's "Balance," 2010's "Soul of a Woman" and 2016's "Lady Munir."  She is best known for the tracks "Every Day Every Night," "Until U," "So Smooth,"  "Yesterday," "I Remember When (Music Had Soul) and "I'm Staying Home Tonight." ​  Ashanti sang the background vocals on Leon Beal Jr.'s song "Doo Wah Diddy."  She was also the co-author of the hit single by U.K. artist Chidi titled "Someone."

Now based in Charlotte, N.C., Ashanti is continuing her musical journey.  She is currently in the studio creating new music with hopes of the first release was "Early Morning Love" in the Summer of 2021.  Be on the lookout for Ashanti at a venue or event near you! 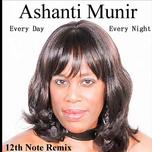 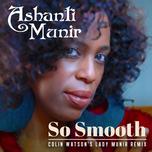 ​​​​Ashanti Munir is from the Roxbury/ Dorchester section of Boston, Massachusetts.  The same area that produced other music talents like Donna Summer, New Edition, 9.9, New Kids On The Block, Ed O.G. & the Bulldogs and Guru!  Unlike them, Ashanti had to carve out a niche and sound of her own without the backing of a major record company.  She is 100% independent.  A former "Amateur Night at the Apollo" winner, her music is a little smooth jazz mixed with a  lot of soul.  Since the release of her first CD, she has been the opening act for artists like Johnny Kemp, Alyson Williams, Ledisi, Esperanza Spaulding, Terri Lynn Carrington, Walter Beasley, Color Me Badd, Helen Rogers and more.  Ashanti has also shared the stage with fellow independent artists like Laurone McLendon, Marc Staggers, Donald Sheffey, Sympli Whitney, IAMDANIELMOORE, Nichelle Mungo and Jeff Ramsey to name a few.  She once subbed as a background vocalist  for Michael Buble at New Hampshire's Verizon Center!